Sebastiano Tronto became world record holder for the Rubik's Cube in 2021, while being a PhD student at the Universities of Leiden and of Luxembourg.


He was able to solve a cube in 16 moves during a competition, by applying some non-mainstream techniques. If you want to know more about this or him, have a look at this interview.

Solving a Rubik's Cube is not easy. So try first to have one face of the cube all of the same color! This means 'solving the first layer'. Another possibility is that you solve a cube by following a tutorial. Sebastiano's beginners tutorial (in English, French, German) is on this website by Daniel Zuk.

If you are familiar with Rubik's Cube, then have a look at Sebastiano's tutorial for solving the cube in Fewest Moves, you can find it on his website.

If you want to see Sebastiano in action, then have a look at this video of The Rubik Show, moderated by Nicole Pashek. 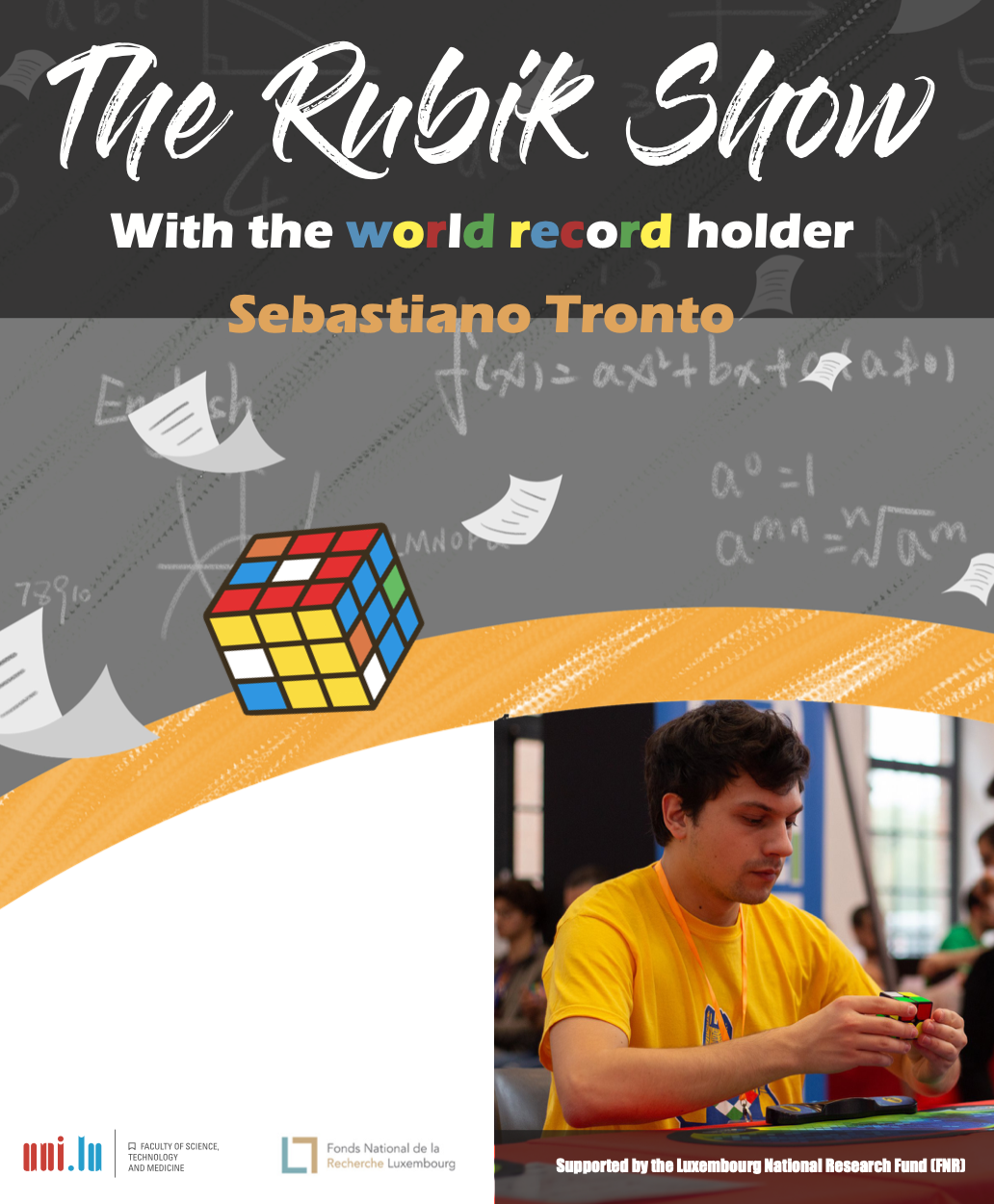